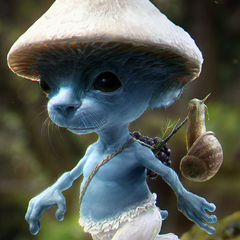 Even if you haven’t heard of me, you’ve probably seen a bit of my work. I’ve been finishing, designing and illustrating promotional art for some of the biggest films and shows of the last decade. I’m generally known for my distinct realistic digital painting and a unique ability to emulate various illustration styles. I’ve earned this reputation having worked on many Disney projects including Marvel, Star Wars, Pixar as well as Universal, Netflix, Fox, Fox Searchlight, Sony, Paramount and more.

I broke into the industry as a 3D artist working on AAA video games. My lifelong passion for drawing naturally led me to concept design, illustration and eventually matte painting. In time, I worked my way up into senior design roles at several game and commercial studios. My eye for detail and love for movies made me a natural fit for finishing and design on feature film posters. With my versatile background and nearly 15 years of experience in different production environments, I can be a valuable resource for any creative endeavor.